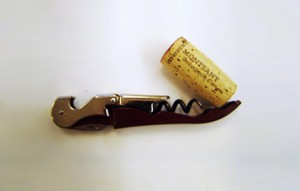 If we taste the wines of Montsant, we taste the aromas and fragrances of its countryside. The wineries of the wine appellation produce many different types of wine: silky whites, concentrated reds, perfumed rosés, sweet wines backed by history…”

If we taste the wines of Montsant, we taste the aromas and fragrances of its countryside. The wineries of the wine appellation produce many different types of wine: silky whites, concentrated reds, perfumed rosés, sweet wines backed by history…”

The white wines of Montsant stand out against its other wines, thanks to their silkiness. Wines made with varieties such as Macabeo and White Grenache, with individual taste profiles and elegant, subtle aromas. Warm young whites and barrel fermented wines with longer bottle lives. Barrel fermented wines in a Burgundian style, denser and more complex, with further developments during tasting.

Red wines are made using red grape varieties. The secret behind the colour of our red wines can be found in the skins of the individual grapes. Similarly, we can also find other components such as tannins which are responsible for our reds’ reputation as great aging wines. Old vines produce more complex wines.

Rosé wines have become more important within the D.O. Montsant in the last few years. The varieties most commonly used are Grenache and Syrah, which is not a local variety, but it has adapted well to Montsant soils. In the mouth, Montsant rosés tend to be very fruity, dominated by fruits of the forest. They are powerful, yet elegant at the same time and are mouth-watering with good character.

These wines are made according to Jewish Laws. Its consumers are to be found in the principal Hebrew communities around the world. In Hebrew, “kosher” means pure and refers to the fact that the whole process has been certified by a rabbi or by a person authorised by the Jewish community according to Kashruth rules. In order for a product to be classed as kosher, its producer’s ancestry must be traced back three generations (at least to be aware of their roots). The wine is made using methods for making conventional wines, although there are a few peculiarities. No chemical substances are used in the vineyard. Every time a wine is racked and every task in the winery must be supervised by designated personnel, avoiding the use of gelatines in fining the wines. Only native yeasts are used for the fermentation stage, which are to be found on the outer skins of the grapes.

Our wine region became internationally famous for its fortified wines: old wines (known locally as Ranci), muscatels… wines which travelled the globe in the 19th century and which today are regaining lost ground on the international gourmet food market.

Old wine or Vi Ranci is a traditional fortified wine, which is very typical of the area. It is made by an oxidative process in oak vats based on white or red wines whose alcohol levels are 12% and which eventually achieve levels around 15-20% of alcoholic volume.

Mistela (mistelle) is made using grape must and adding alcohol which kills off the yeasts thus leaving a sweet wine which is 15% to 20% vol. in alcohol.