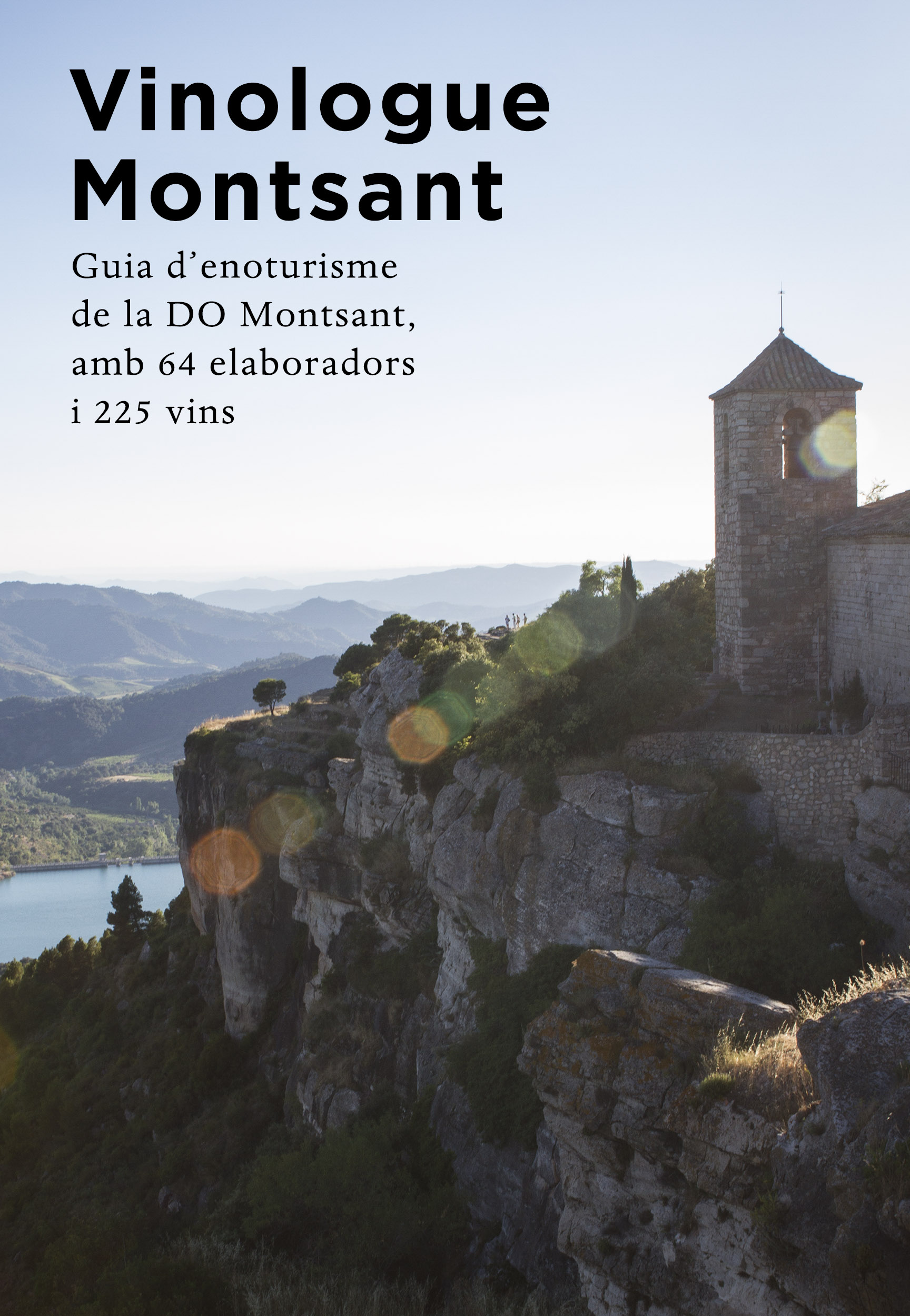 This Friday, June 6th at 19:00 there will be a presentation at the Castell del Vi in Falset for the release of the English and Catalan editions of the book, "Vinologue Montsant" . This new book is a guide to enotourism for the cellars and wines in the Denomination of Origin Montsant and includes 64 producers along with tasting notes for 225 of their wines as were evaluated by a panel of sommeliers.

This Friday, June 6th at 19:00 there will be a presentation at the Castell del Vi in Falset for the release of the English and Catalan editions of the book, "Vinologue Montsant" . This new book is a guide to enotourism for the cellars and wines in the Denomination of Origin Montsant and includes 64 producers along with tasting notes for 225 of their wines as were evaluated by a panel of sommeliers.

The presentation will be moderated by the sommelier Astrid Goldstein, who has been actively visiting and tastings the wines of the Priorat comarca for years and is the owner of the wine shop, El Celler de Can Mata.  Joining her will be the author of the book, Miquel Hudin and the president of regulatory council for DO Montsant, Jaume Domènech.  They will talk about the decade of rising quality and visibility for the wines from this region and the importance of enotourism to promote the wines at home as well as around the world.

At the end of the discussion there will be a tasting of some of the highest rated wines from the guide which includes the following cellars: Coca i Fitó, Comunica, Ètim, Joan d'Anguera, Celler El Masroig, Orto Vins, Venus La Universal, Vinyes Domènech, Cara Nord, Laurona, and Alfredo Arribas.

The tastings for the wines included in the guide were performed in rooms that were kindly provided by the wine bar, MésDvi and the wine shop, Magatzem Escolà in Barcelona.  The tasting committee was comprised of the following sommeliers: Carlos Álvarez, Victoria Ibáñez, Ramon Roset, Xavi Bassa, Èric Vicente, Dani Garcia, Patrick Webb and Mar Galván.

The collection of Vinologue enotourism guides from the publisher, Leavenworth Press was born in 2007 in the United States with the goal of learning about small wine regions in the world that don't receive a great deal of international attention.  The majority of tourism guides generally ignore wines in a region in favor of more touristic sites, but the Vinologue collection takes the cellars, their wines, as well as the local gastronomy and makes this the destination.

The Vinologue Priorat guide that was released last year won one of the prestigious awards from Gourmand and the English version is distributed throughout North America.  This new guide for Montsant is the indispensable companion for any wine lover of the region.

About the guide, Vinologue Montsant

This guide is 312 pages, in full color, published simultaneously in English and Catalan and includes 64 producers and 225 of their wines which are all within the geographic zone of DO Montsant.  Additionally it offers a general introduction to the region, practical information about the history, the gastronomic specialties, local festivals, and the grape varieties that define the region.  There are also recommended itineraries, detailed maps of each subzone and locations for dining and sleeping.  Each producer has a profile with contact information for enotourism visits as well as GPS coordinates and a QR code to use with a mobile phone to easily locate the cellars.  Lastly there is the technical information for each wine as well as extensive tasting notes.

The English print version of this guide will be distributed to bookshops throughout the United States and Canada starting in September.  The electronic version will be available immediately via online platforms such as Amazon, Apple, Barnes & Noble, Google, and Kobo.

Miquel Hudin is originally from California, but during the last decade, he has visited and written about cellars and wines from around the world.  His professional work in wine started when he worked for the winey of Francis Ford Coppola in Napa Valley in late 1990s.  He has also been a judge in wine competitions, lead wine tours, and worked as a consulting sommelier for restaurants to educate about little known wine regions.